A Chinese Wedding in Sheffield (Part 3) 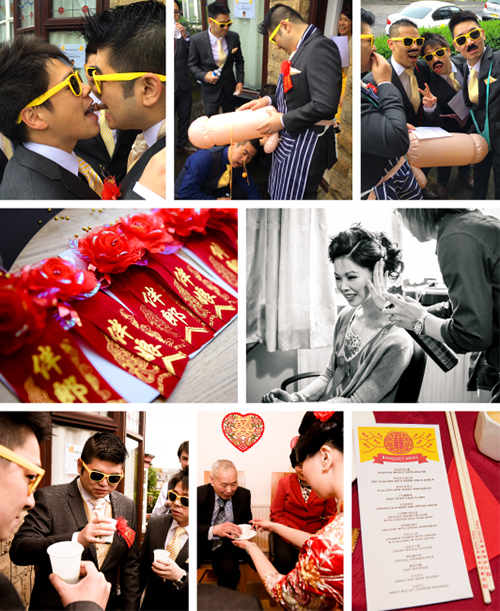 Celebrating with Festive Traditions, Symbolic Foods, & Double Happiness
In this final part of our wedding story and captures from earlier this year, I’m sharing with you the day of our Big Fat Chinese Wedding. If you haven’t been to a Chinese wedding, they start early, have lots of games and tasks for the boys in the morning, and finish with a traditional Chinese tea and wedding banquet party – a day of laughter, traditions, culture and sweet romance!

Here are a few of the photographs, which can’t do justice to the colour, happiness and emotions we both felt from close family and friends, guests or the firecrackers, but might give you some idea of what went on. 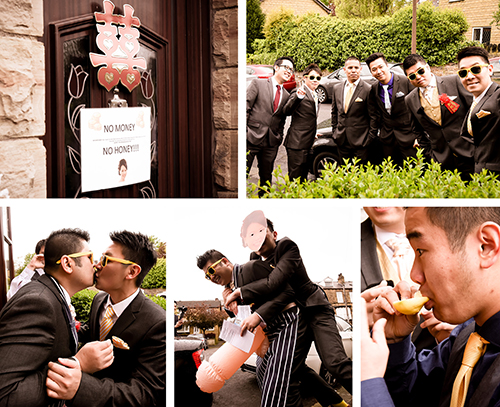 Super Funny Chinese Door Games
My morning started at 6.30am, with hair and make up stylists arriving for 7am. My bridesmaids {also known as my Tze Mui’s, meaning close female friends, who are like sisters to me} had wickedly planned some fun games for Baz and his grooms mans {group of male friends, otherwise known as Hing Dai’s}. This is a fun and light hearted Chinese wedding tradition, and the reason behind the games is so to prove that the Tze-Mui’s are not prepared to let me go so easily and for Baz to prove his long-term love for me.

If you’ve never witnessed the Chinese door games, it’s super funny – actually, hilarious, crazy and I was super impressed with some of the challenges my bridesmaids had set – well done, girls! Baz arrived with his male entourage at my family home to begin their Door Games, whilst I waited patiently in my room with my female friends listening on and trying to catch glimpses of the madness happening downstairs!

So, what games were played at my Chinese Wedding Door Games? Let me share with you some of my favourite games from the morning…

Double Happiness
The traditional ‘Double Happiness’ logo is associated with joyful life-long unions, it’s the ancient symbol for marriage and is made of two symmetrical characters. Each half is the standard Chinese character for “Happiness,” and together they represent “Double Happiness,” good fortune for both of us. 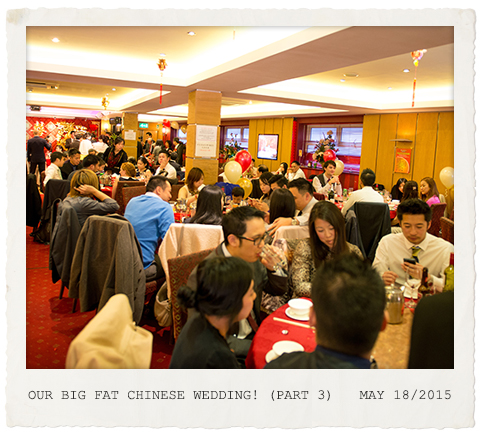 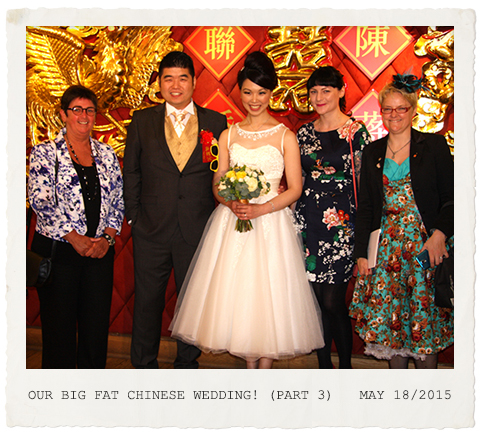 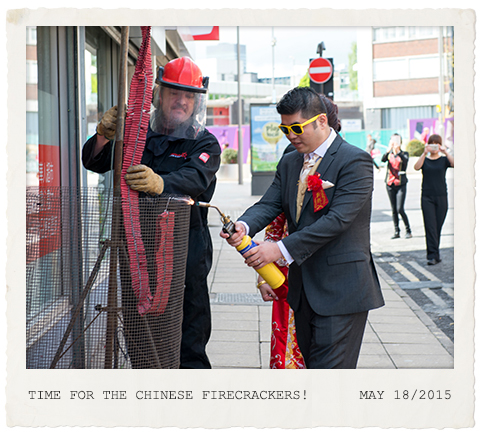 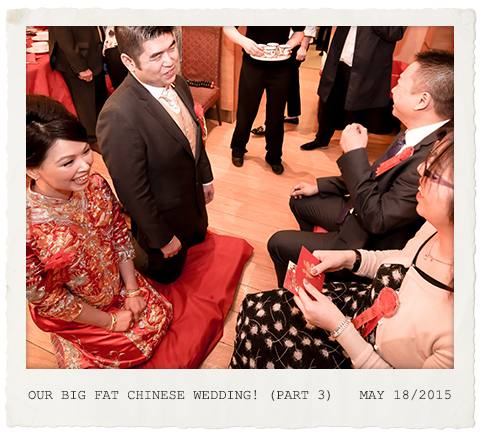 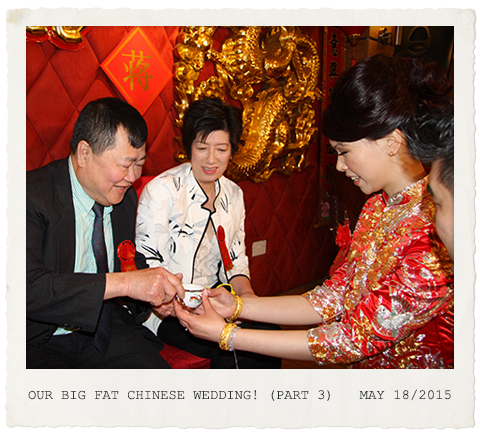 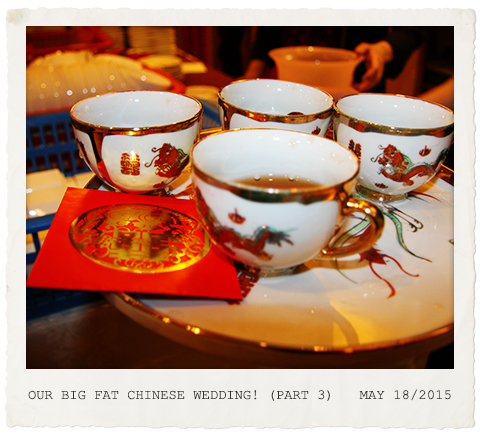 The Chinese Tea Ceremony
The tea ceremony is the most sacred ritual of Chinese nuptials. Which saw my family & Baz’s family members sit in chairs, while the newlyweds (us) kneel before them and serve the tea. It was served in a special order, starting with the my (bride’s) parents, Baz’s (groom’s) parents, then proceeding from the oldest family members to the youngest, including the paternal grandparents, maternal grandparents, aunts and uncles, siblings, and so on. In return, we received lucky red envelopes stuffed with money or jewellery. 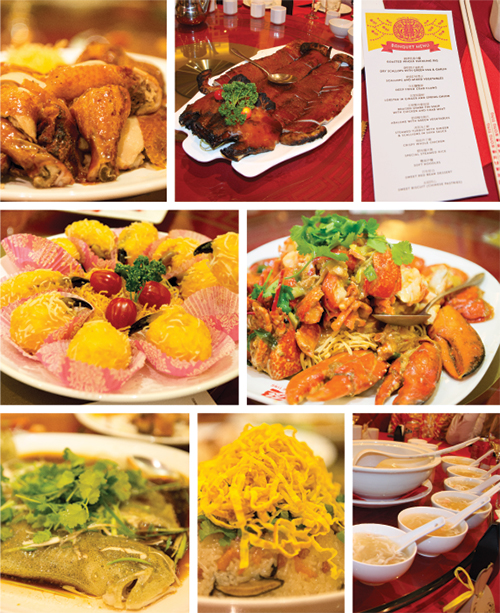 Me and Baz had a joint Chinese wedding feast with both our families and friends. Sometimes, the parents of the bride and groom might host separate wedding feasts, but we wanted to keep things simple. The banquet is usually seen as a public recognition of the union. We held our banquet at Wong Ting Chinese Restaurant, in my home city, Sheffield. Before the party got underway properly, we all went outside for the Chinese fireworks (well, firecrackers) to be lit – it’s a very loud and noisy display, and I can honestly tell you that my ears were ringing for a long time afterwards!

In the Chinese tradition, it is important to incorporate certain foods into the menu. My father-in-law chose our banquet’s menu and made sure the menu covered the eight major symbols: happiness, longevity, fertility, selflessness, abundance, peace, and sweet life together, as well as both the male and female roles symbolized by the dragon and the phoenix. A whole fish, for example,  would be served because the word for fish, yu, sounds like the word for plenty, meaning a wish for abundance and serving sweet lotus seeds for dessert symbolised a wish for many children – it was all so very meaningful. 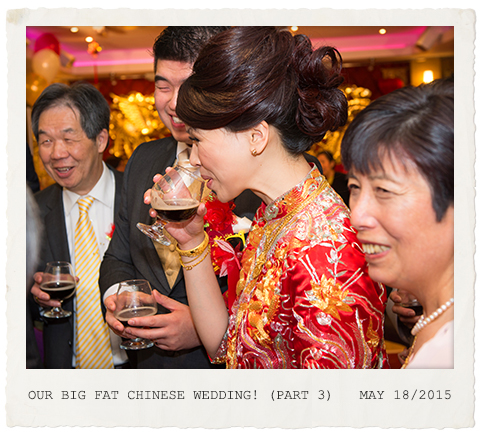 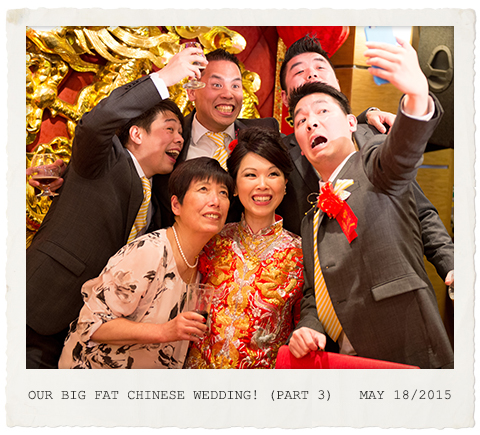 Then there were toasts and drinks for us at every table. Beautiful!

Myself and Baz are very thankful to have so many wonderful friends. Thank you to everyone who made their way to the second part, and the finale, of our wedding celebrations. We knew that many people had travelled a long way to get up to Sheffield and (even if it didn’t) it meant a lot to us that they were all able to make it, able to be part of the whole event and, more importantly, able to share in all of the good times ~ Cindz and Baz

posted under: It's so Cindy