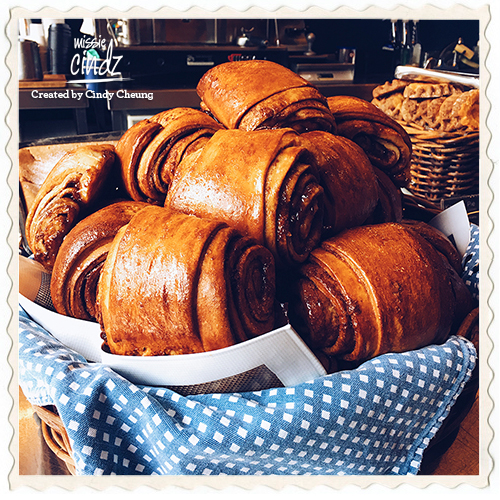 If you didn’t know, every year on October 4th, the Swedes celebrate Cinnamon Bun Day (there IS an actual day to celebrate the mighty bun!); and from September 28th – 4th October, the Nordic Bakery will be celebrating their beloved cinnamon buns with a different limited edition flavour each day in all their London shops including lingonberry, banana & chocolate and marmalade. And what’s even better, on Cinnamon Bun Day itself, all new varieties will be available for bun lovers to enjoy.

So, what should you do on Cinnamon Bun Day?
The best way to celebrate Cinnamon Bun day is to eat one. Wherever you may be, there will always be a cinnamon bun in a local bakery, coffee shop or supermarket nearby. Treat yourself to layers of happiness; pair it with tea or latte, share it with family, good friends and colleagues OR all to yourself!

Why not try making them yourself by following this recipe for Chocolate Cinnamon Rolls by Rachel A Davis (@vagabondbaker) and let us know how you get on.

Let’s all raise our cuppa in honour of the classic favourite buttery, layered treat…!!