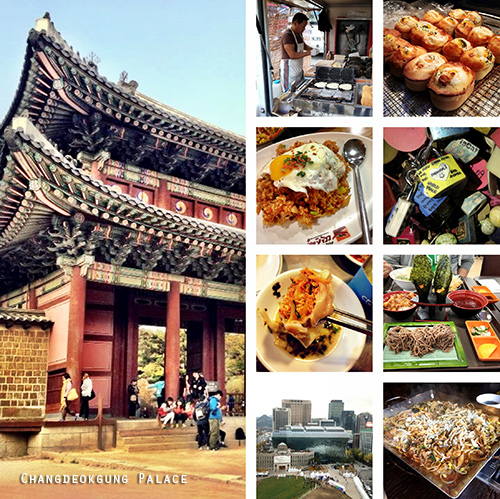 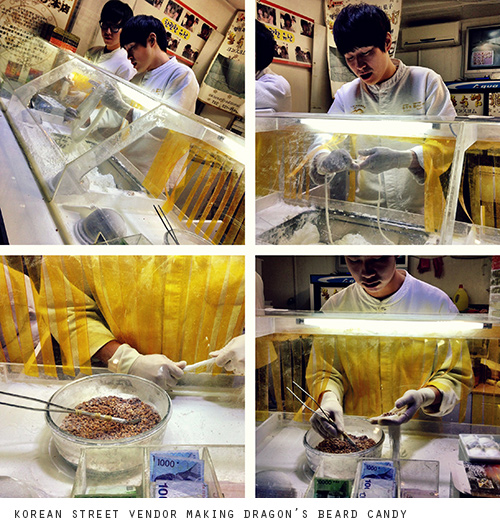 Over the next couple weeks, I’ll be sharing photos from my recent adventures in Seoul, South Korea. Since there was so much done, eaten and to see, I have decided to break it up into three different posts starting today with… “what I ate…” (food discoveries in Seoul) during my week over there!

Most important, in my opinion, is staying open to cultural differences and working hard to embrace as much of the unknown as possible. Why bother leaving your living room if you’re not out to see, touch, hear and taste new things? The food in Seoul is certainly adventurous, extremely spicy (I’m a lightweight when it comes to spicy foods) and amazingly cheap too (compared to London), so I had no intentions of leaving anything on my plate and was determined to try lots of NEWness! 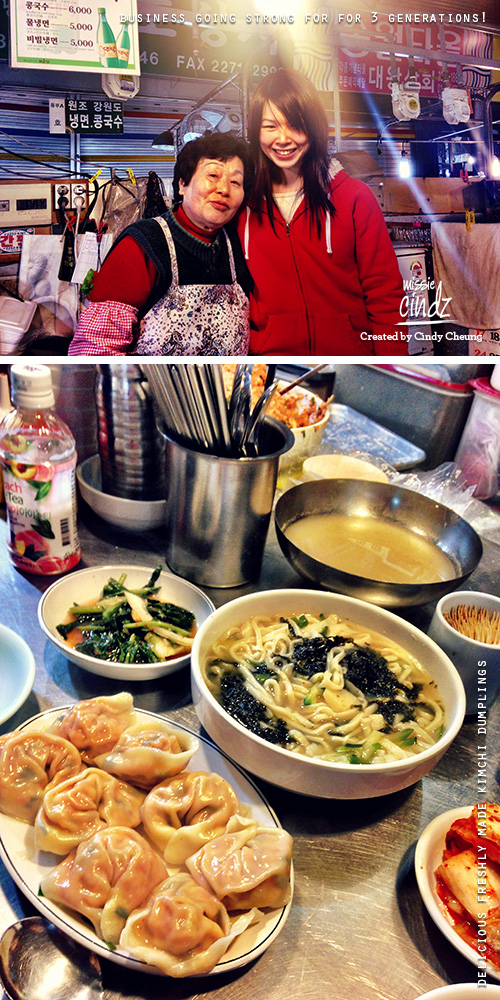 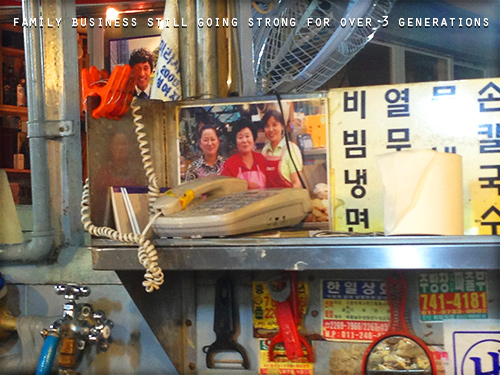 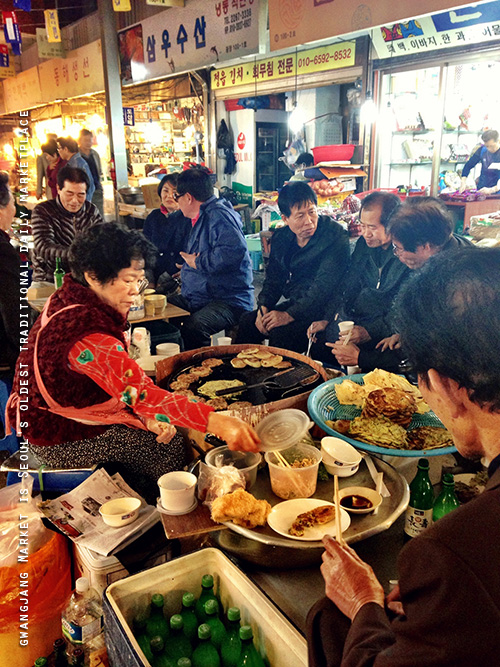 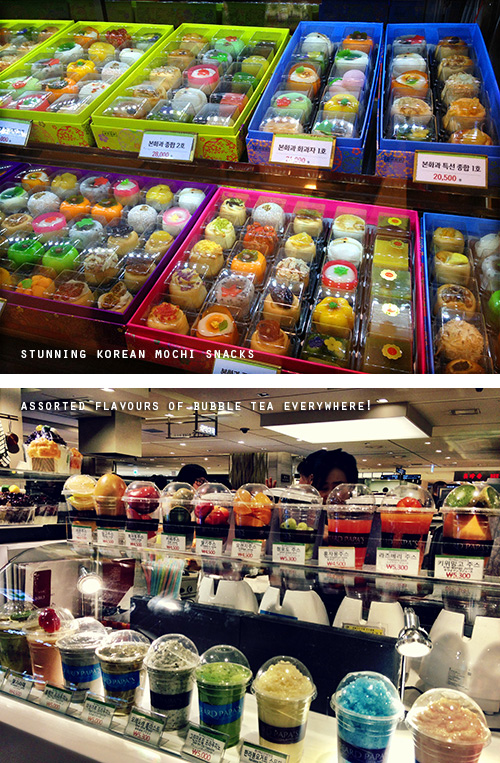 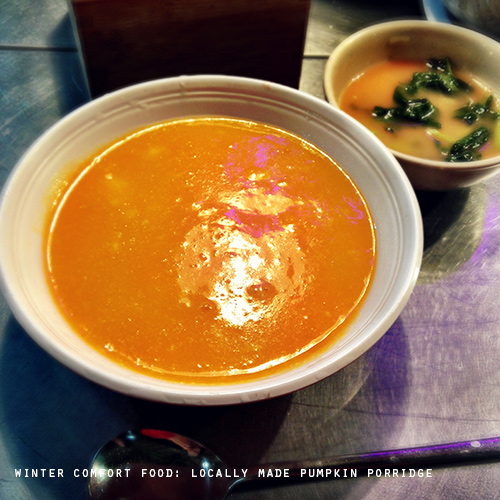 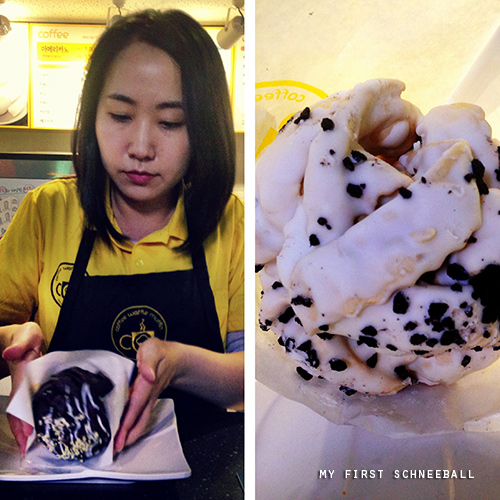 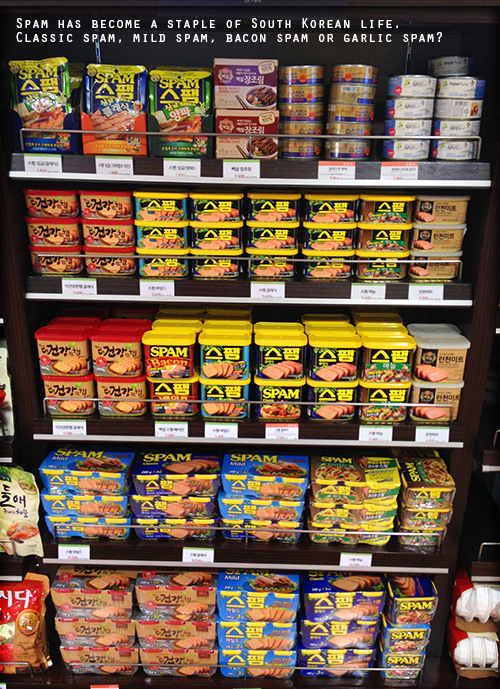 While walking the streets of Seoul or navigating its subway stations, its easy to find wonderful treats, and the area of Myeongdong is where you get the most fierce competition for street food stalls. We left Seoul with very full and happy bellies and enough kimchi and spices in our systems to last us two months!

Stay tuned for the others things we did (Part 2: shopping and attractions) and more food adventures (Part 3: food markets, culture and coffee shops) in Seoul. I hope those of you who are planning a trip over there will find my Seoul Searching Series helpful – feel free to email me if you have any questions or need help with anything.

posted under: Food and Drink, Travel