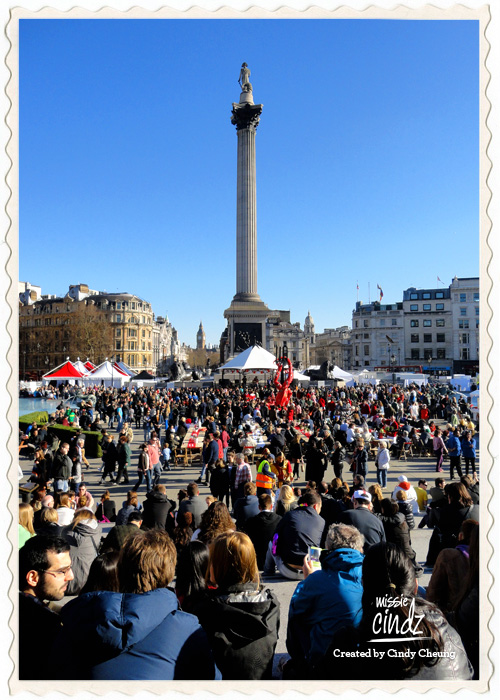 Feast of St. George celebrations in the middle of Trafalgar Square 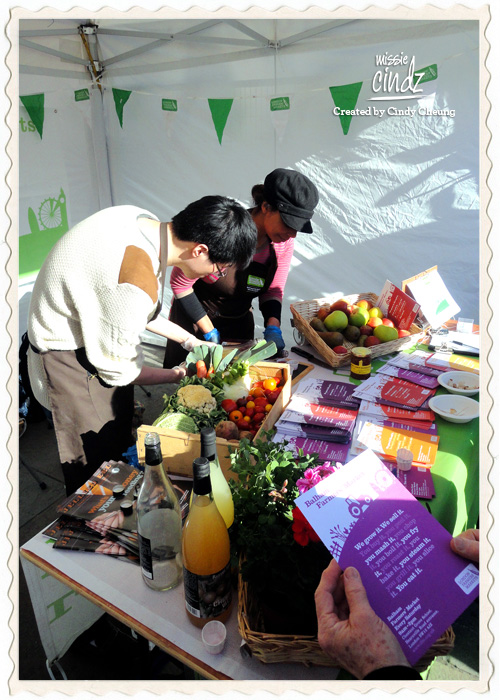 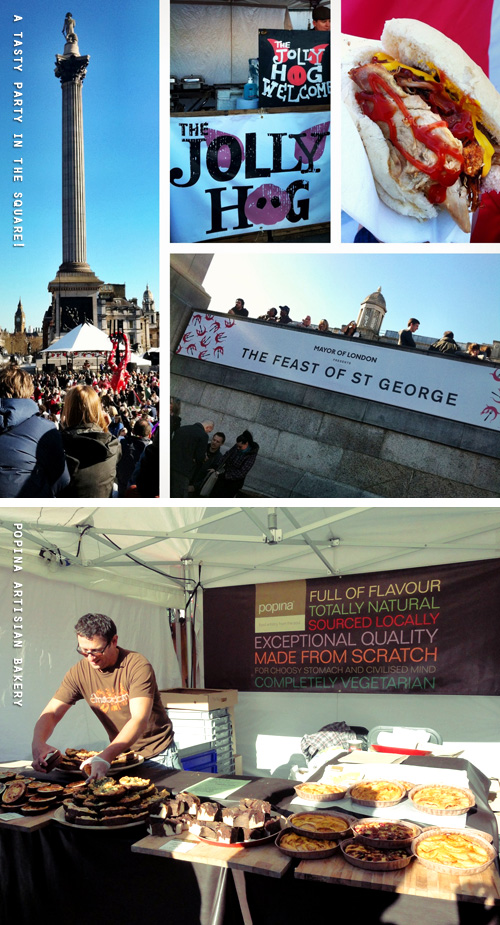 Yummy food and sunshine at the Feast of St.George on Saturday 20th April 2013

I love speciality food markets and being new to London I’m still finding my way around and discovering the local food scene. Last Saturday afternoon I went along to The Feast of St George where I saw traditional English fare consumed on picnic benches in the middle of Trafalgar Square.

There was an English farmer’s market, with stalls selling edible treats including a hog roast, homemade speciality pies, artisan chocolates and ice cream, freshly baked breads and cakes and freshly squeezed lemonade. There was also live cookery demonstrations and foodie workshops, plus live music and entertainment by talented Londoners.

It was a truly colourful St George’s Day in London over the weekend. Proving to tourists and fellow Londoners that London really do know how to throw a good party! – Missie Cindz