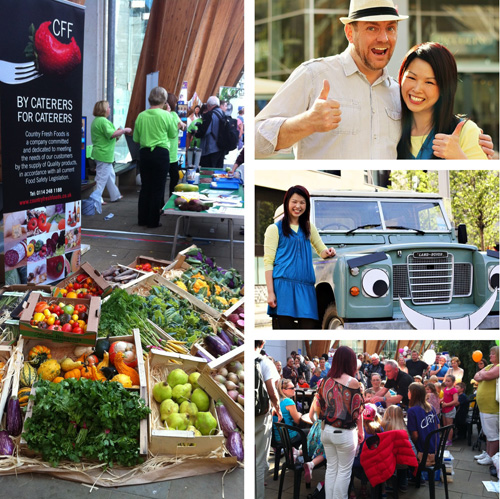 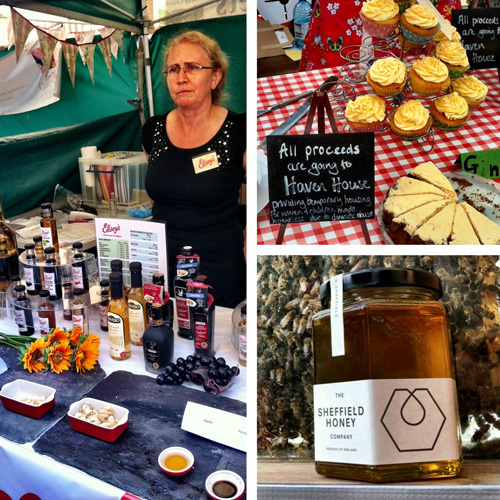 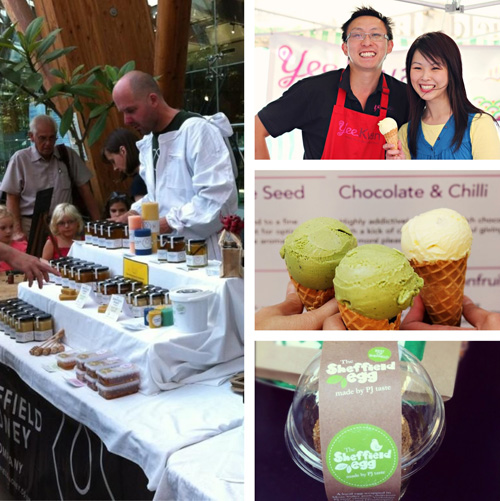 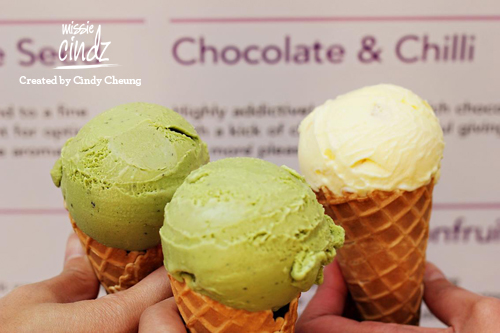 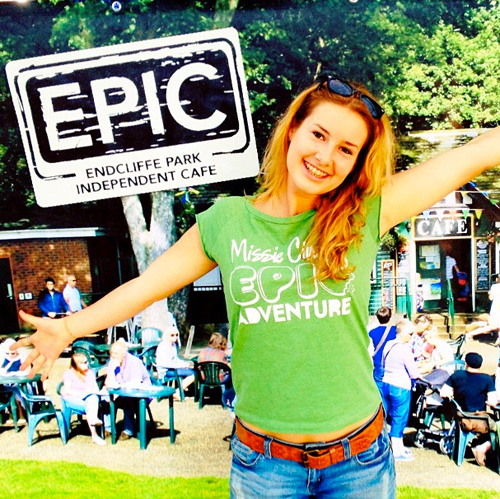 Lovely EPIC's Abbie on the food stall; she's got good taste in T-shirts too!

The Sheffield Food Festival arrived in style with loads of yummy food throughout the city centre last weekend (14th – 16th September); a real celebratory feast of the best regional and local producers our Sheffield had to offer.

As great as they are, I was happy to find out that there were a lot more to Sheffield food than meat pies, Henderson’s Relish and fish and chips. To me, food and drink festivals are a wonderful way to gather small communities together and to learn about what, as a community, our different food choices. Last weekend, I saw a showcase of every sort of food and drink imaginable. From cheese, fresh chilli plants to garlic, cupcakes to venison and artisan chocolates, fudge flavoured beers and refreshing cold drinks served in plastic bags to candy floss flavoured ice cream – it was all on offer here!

Nowadays it seems that every city, town and village has a food festival but Sheffield’s was one of the big daddy’s of them all. It had food and drink stalls – with a Craft Beer Marquee at the Peace Gardens showcasing 9 breweries including Abbeydale Brewery, Blue Bee Brewery, Bradfield Brewery, The Brew Company, Sheffield Brewery, Welbeck Brewery, White Rose Brewery and Wood Street Brewery, 27 beers at an affordable £3 a pint; cooking demonstrations in the Festival Kitchen featuring our city’s finest chefs from well-known restaurants such as Silversmiths, Fischer’s Baslow Hall and The Milestone but more importantly it had quality and it keeps re-inventing itself with fresh ideas and events – I loved the Producers Market on Fargate, the Teddy Bears Picnic where children sat wide eyed listening to stories such as the Very Hungry Caterpillar and the Tiger’s Coming to Tea as they ate cakes from Fancie, and the Ministry of Chocolate Workshop was interesting with loads of people around their stall keen to know more about chocolate! – both events held in the idyllic Winter Garden.

Luckily, we had the sunshine making several appearances too which always helps to make visitors even more hungrier! You can check out more photos from the weekend’s Sheffield Food Festival celebrations right here. 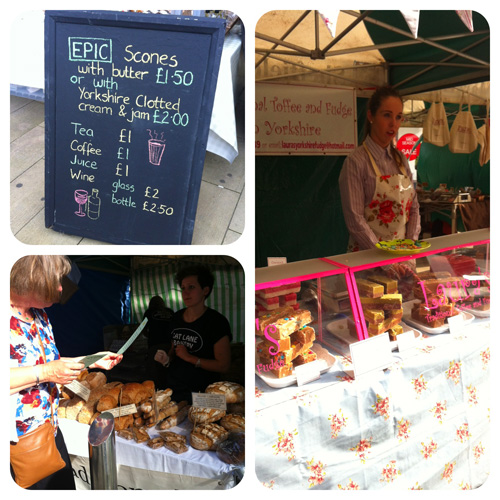 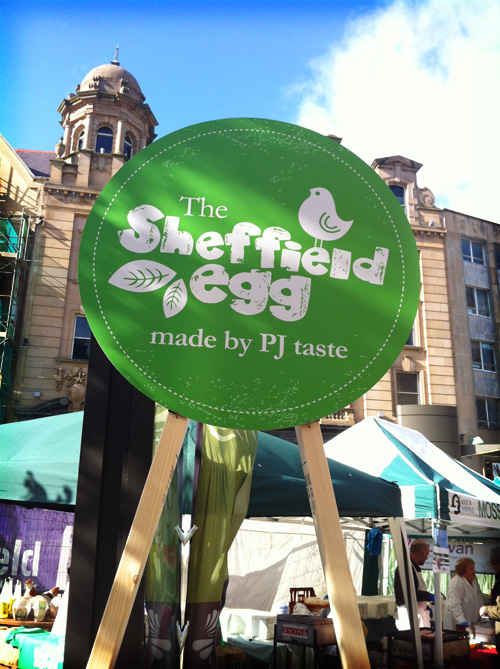 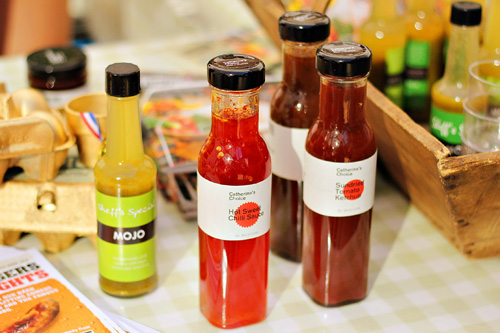 Sheffield Food Festival was a joint venture between Sheffield City Council and Sheffield Hallam University that aims to celebrate Sheffield’s local food economy. A massive thanks for all their hard work behind the scenes from @sheffoodfest and everyone who was involved in making it such a great Sheffield foodie weekend – looking forward to seeing you all again next year!

{ photos by Albert So and Cindy Cheung as posted on Instagram }