Anne Eats Her Way Around the USA 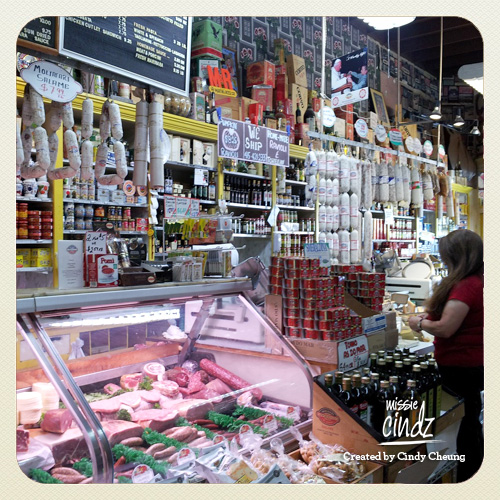 I was pleasantly surprised by the variety and quality of food on offer. 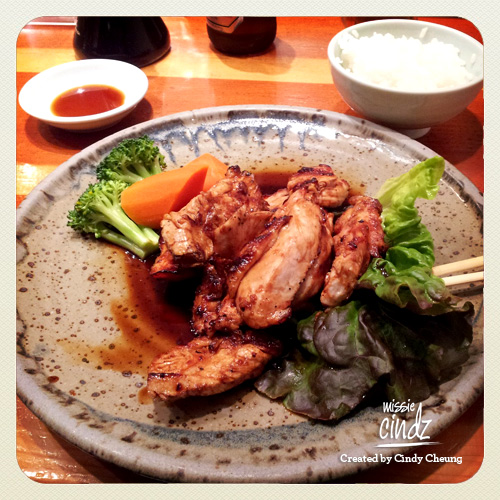 Eating in the very popular Sanraku – I can never resist Japanese food!

Last month, our local blog contributor, Anne Greaves went on a trip around the US of A, here she shares with us some of the places she visited and her thoughts on their vibrant food scene. Here’s Anne eating her way to a size US – well, gives it a go!

I recently went on a three week trip around the USA visiting Las Vegas, LA, the California coast, San Francisco, Denver, New York and Boston. For me eating and drinking is a big part of any holiday and I’m always eager to sample local food and find out how the dining experience differs from what I’m used to in the UK.

When I went to America I had a few ideas about what I might find there including stereotypical opinions about junk food and huge portions, and I definitely wanted to try clam chowder and some good Californian wine. I wasn’t sure what to expect when it came to eating in restaurants but I knew that I had to take plenty of spare dollars for tips! 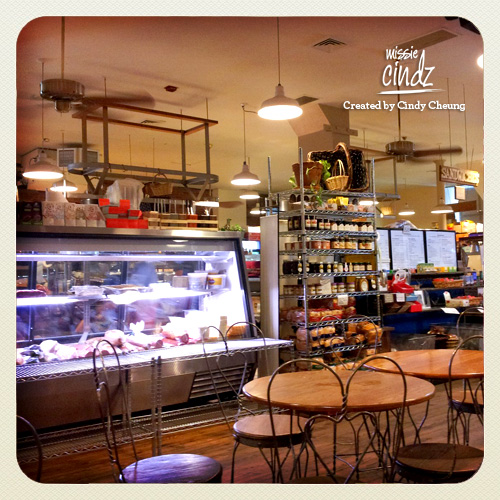 The Market at Larimer Square is an iconic restaurant, bakery, coffee bar and deli 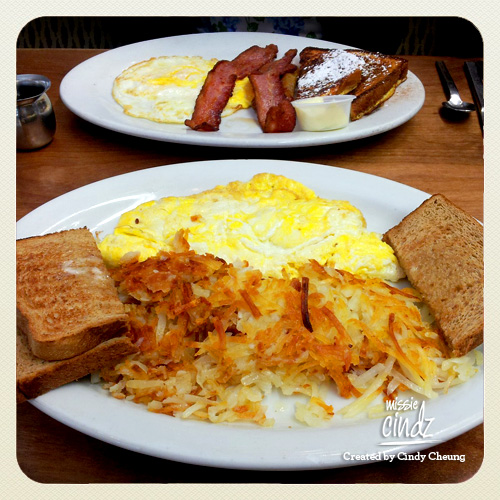 Dispelling the myths
In general my experience of eating in America was great! I know that things vary widely across the different states, but in the ones I visited (Nevada, California, Colorado, New York, Massachusetts) I was pleasantly surprised by the variety and quality of food on offer. Perhaps it was naïve of me, but I wasn’t expecting such an emphasis on local food. In many places I saw farmers markets and in restaurants, cafes, shops and takeaways, local (and often organic) food was standard, not just an expensive option or a special feature as it tends to be here. There certainly wasn’t an abundance of junk food and it was much easier to eat out healthily in the USA than it is in England.

I was also happy to discover that portion sizes are pretty much the same as they are here. Granted I do have a big appetite, but I never felt over full and on the occasions when there was some food left at the end of a meal, it was the norm to take it home in a box. The only meal that was a little on the large side was breakfast when scrambled eggs or an omelette would often come with a huge pile of hash brown, toast and fruit.

Dining out
Eating in restaurants in the USA was very similar to eating out in England but there were of course a couple of differences. Firstly there were a lot more staff in American restaurants with different people seating us, bringing wine, bringing bread, taking our order and clearing the plates. It was also standard to have free bread and water on the table – a very nice touch I thought! Something else I liked was the availability of takeaway boxes if you couldn’t finish your meal. Tips were generally 15-20% and the same applies as in England that in larger restaurants if you want to tip the staff rather than the business it’s better to leave cash.

Food Highlights
Generally speaking, the food I ate in the USA was similar to the kind of food I’d eat here. Italian was widely available and really good, and I particularly liked the Italian districts in San Francisco (North Beach) and Denver (North End). We also found a great little Italian called Tony’s DiNapoli just off Times Square on West 43rd Street, where you ordered one large dish to share.

In California in particular there is a lot of Mexican influenced food and plenty of good seafood. I tried clam chowder in a sourdough bread bowl in Monterey which was creamy and delicious – I tried it in Boston too to compare but didn’t notice much difference! In San Francisco there’s a very strong Asian influence and although I was planning on trying Chinese food, I can never resist Japanese and ended up in the very popular Sanraku where we sat in front of the sushi chef as he worked – another great find.

A final favourite was The Market in Denver which was essentially a large deli and coffee bar where you could sit inside and eat your purchases. I’d love to see something like this open in Sheffield!

I can’t end without mentioning Californian wine. The trip really opened my eyes to Californian white wine. I’ve never been a fan of white but there was so much good local wine available it became my drink of choice for much of the trip. I’m no expert but if you want a recommendation, the Pine Ridge Chenin Blanc-Viognier was pretty special!

Written and photos by Missie and Friends contributor Anne Greaves posted in the Hungry Tourist.

{ Thanks Anne for sharing your most recent holiday eats with us! – super jealous!! :) }