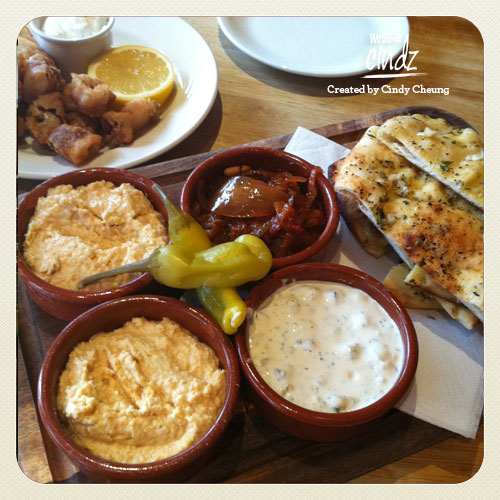 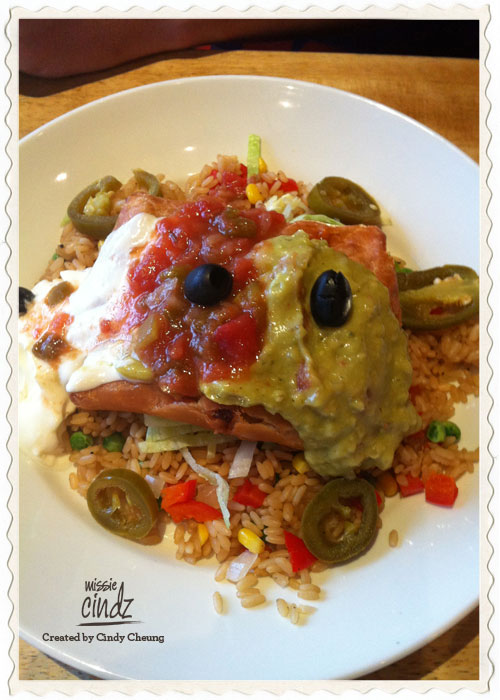 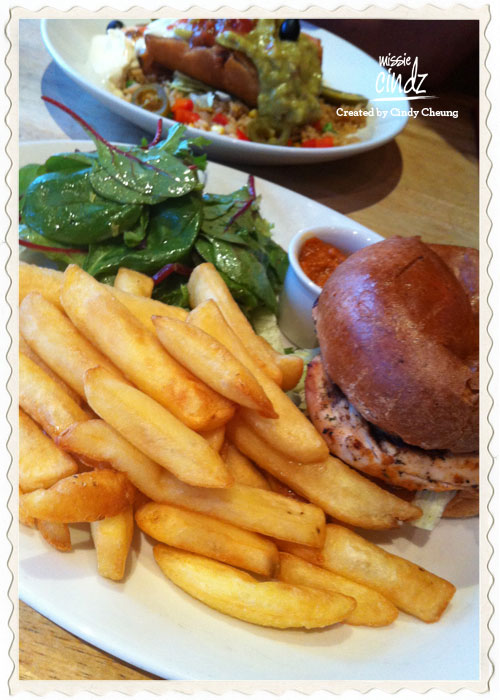 I went to Red Peppers in Birmingham with a friend of mine over the weekend and what a fantastic restaurant, the food was amazing and the staff were so friendly, would recommend it to anyone. I’ve been here quite a few times, located in the The Mailbox building. There are lots of places to eat there at the end of the canal, it was good value and attentive service, we were sat upstairs – the restaurant is over two floors and you can even sit outside if the weather’s nice too. Friday or Saturday nights are their busiest (but we seemed fortunate enough to grab a table as soon as we walked in, maybe because it was only 6pm so it was just before the ‘rush hour’ but otherwise, you’d be wanting to reserve a table first, usually rest of the time you can drop in though.

Food is always of the best quality, lots of choices all-round for veggies and non-veggie too… I have to say I’m a big fan of their Greek Mezze sharing starter – it’s to die-for – served with four generous sized ramekins of taramasalata, hummus, tzatziki, feta and mixed olives and homemade fresh garlic bread (the bread’s really tasty!). Lovely location next to the canal, always really friendly staff with quick and efficient service with a smile. Good value menu too with quite a lot of variety (mixture of European and further afield) which includes pizzas, pasta, steaks, enchiladas, burritos, freshly made salads etc. There’s a mixture of inexpensive and more pricey stuff – for example you can get a really nice BIG pizza for under a tenner (usually less) that beats most other places and if you can’t finish it all they’ll also box up the leftovers for you to take home, if you ask – I did!

The service is friendly but not overpowering (which is really important to me – i like to just sit, enjoy the company of my friends and eat my food without too much waiter attention). I’ve been told that the restaurant also do a nifty e-club thing where if you give them your email address, they email you vouchers (I think it’s once or twice a month with a decent discount off your food bill, e.g. 2 for 1 or a 20% off your bill during weeknights, etc). It’s worth doing if you’re a Brummy local! :) …Went for a nice walk by the canal afterwards. Mmmm, a great evening!

In my opinion this place is a total gem. Look forward to visiting Red Peppers again!