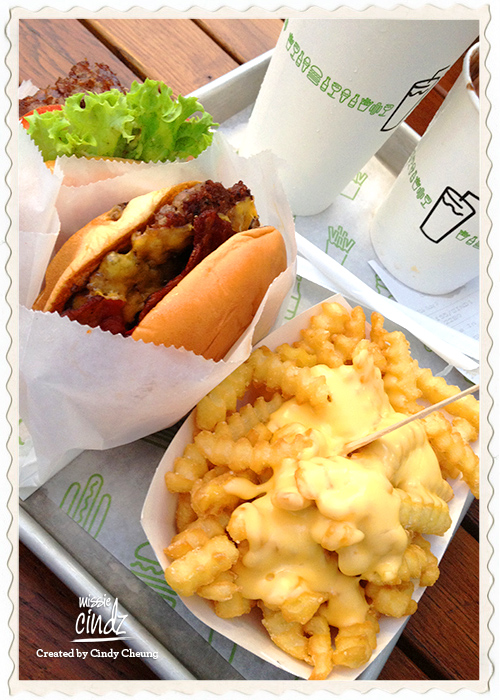 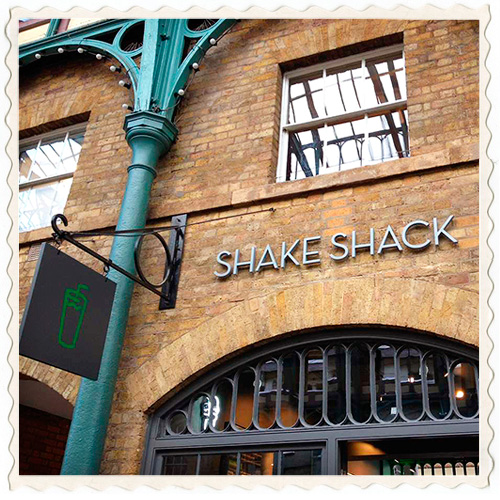 So the London burger bandwagon rolls on and on….. I had heard and seen this place everywhere in New York. Shake Shack are a fast-food chain founded and based in New York, and after spotting that they had opened one in London I thought we would give it a try to see what all the fuss was about. The burger and chips were good, simple yet tasty – the burger patty was moist but thinner than average patties I’ve had, generously filled with salad in a soft bun. Their cheesy crinkle cut fries was quite a novelty – not one the best burgers I have ever had but worth trying if you’re around the Covent Garden area (and don’t mind queuing, even if it is to say “you’ve been”).

The highlight of my meal though was the Chocolate Concrete — frozen custard blended with chocolate pieces and sauce, because of its distinctive and strong chocolate flavour and smooth texture. The whole place is a bit like an upmarket McDonalds, with exceptionally higher prices but with such a good site location and enthusiastic, engaging staff, Shake Shack are bound to be popular with tourists.