I’d like to class myself as someone who has quite a refined palette when it comes to meat. I know my rump from my brisket. Bleu entrecôte’s aside, my favourite item on a carnivorous menu has to be the humble burger. When it’s done well (but not well-done), the simplest indulgence is often the best pick. Now I’m months behind all the other drool-worthy reviews of Meat Liquor but still fairly fresh out of the pan for it’s baby brother, Meat Market. Yep, the Meateasy duo, Yianni Papoutsis and Scott Collins, are back at it again – and this time it’s in my neck of the woods concrete jungle – Covent Garden Market. We know from countless beaming reviews that these two guys produce a mighty fine patty, but the question I wanted to answer is…which is better? Liquor or Market. 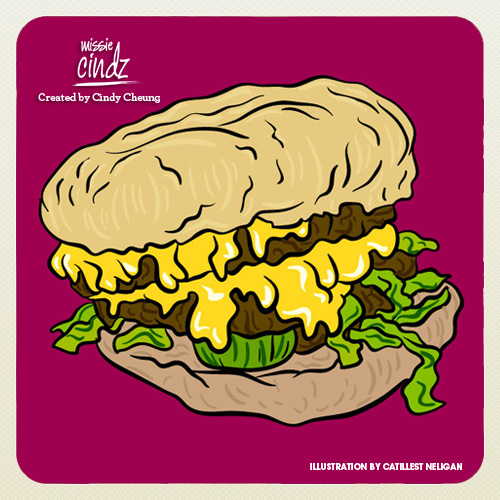 After a full hour in the waiting queue (give or take arguing whether any burger could be worth that horror), this was pretty awful considering it had been open four months when I visited. My one recommendation is you BYOB (Build Your Own Blocks) to make it a little more of a party while you wait. Or just bask in the intoxicating smells emanating from their kitchen.

The interior decor of Meat Liquor is a massive part of their appeal – with low, red lights; domed ceiling; artwork from ilovedust… magic meets sleazy bar. I can’t compare it to anywhere I’ve ever eaten before, I felt as if I was on the set of a 70’s B movie. Well worth the wait!

Now, this place wasn’t just about the meat of course; the liquor makes it that lethal duo of indulgence. I can’t remember what cocktail I ordered, but it was met with an approving ‘good choice, that one’s really strong’. Delicious and original too, and the price was right too. If you know of Soulshakers, these guys were responsible for the bar, then you won’t be surprised by the quality mixes on offer.

The Food Menu
I love a small menu – it cuts that painful indecisive time down, and never leaves you feeling ‘Oooh I wish I’d ordered what they got’. So the chili cheese fries, deep fried pickles and Dead Hippie burger were a no-brainers. However, I can’t remember needing a knife and fork to eat a burger? – yes, I know, an ultimate burger rookie error here. Dessert was (as it always should be) a must too. 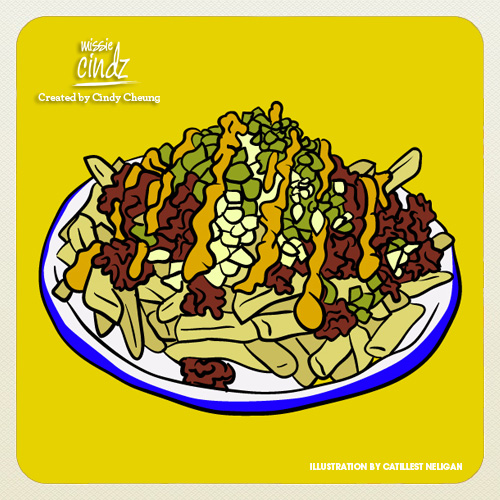 Yes, you can believe the hype. In short, if you like a burger dripping with artery-clogging naughtiness, meat in your chips and deep fried veg, then you’ll love every bite. I think it helped that the environment was decadent as well – it’s not a place you go if you want a crisp white wine and a lightly seared scallop salad, with a piano tinkling away in the background. This is for a Friday night after some heady times in Soho.

Meat Market (MM) had been opened one week before my visit, and was there a queue I hear you ask? – There wasn’t time to let a queue form. This is a FAST food kinda joint – you order at a till (served by lovely staff, who again approved of my beverage choice… ) and your name is called out almost before you get a chance to settle onto a stool.

Now describing to you their decor…from dive bar to… a dive. I have a lot of respect for Covent Garden’s Jubillee Market – there’s something authentically West End about it that makes me glad to work near by and live in London. It also makes me glad I’m not a tourist expecting it to be one of London’s more impressive markets you might find anywhere north/south/east or west of there. Yes, it’s kind of run down and vaguely depressing and that may be part of the lack of queues Meat Market is experiencing, but when you take yourself away to MM’s mezzanine… you could be in Pulp Fiction, so who cares about the grubby stalls below? Unlike the Jubilee Market, you know everything about MM is inauthentic – the carefully misplaced letters that make up the menu board, the stocks of mustard and ketchup displayed openly in locked cages…Oh but it’s so FUN!

Food and Drinks
With an even smaller food menu than Meat Liquor – I’ve crossed the Dead Hippie burger off my list, so on to their Black Tower burger, where the only difference here in the burgers were the minced onions becoming grilled onions, and the ‘special’ sauce is swapped for mustard. I enjoyed the burger but I wasn’t knocked out. The ‘poppaz’ – which are delicious lethal little balls of fried cheese and jalapeños were the stars of my meal and I’d ‘pop in’ again just for these fellas! Hell, the fact I could do this on my lunch hour TERRIFIES me.

Not a menu to rival the Liquor’s, but they do hard shakes – I got the vanilla version, which I think was spiked with whisky and maple syrup. Unfortunately as taste went, it could have been a bit of ice cream swirled with milk, which is far less exciting. I still think The Diner wins on the hard shake front. 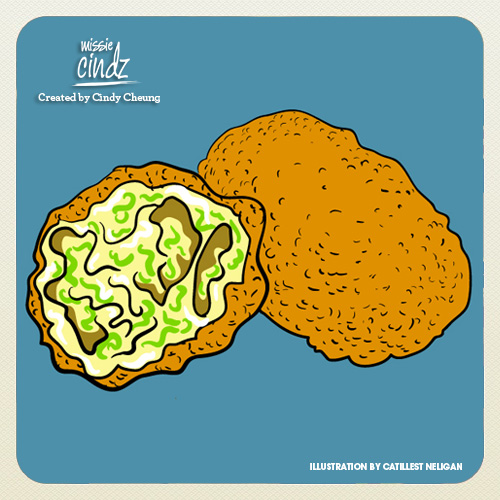 The Verdict
It’s odd; I couldn’t be happier to know I can get the same burgers (which I, and many others, have tentatively dubbed the ‘best ever’) without the queues and in a much more convenient location. But I feel it was too easy. I love novelty, and rare ‘special’ experiences, and this is how a favourite restaurant should feel. Meat Liquor had this. It was a challenge, and I got lost in it’s dark and heady world. It was my first visit and I really enjoyed the place. But when I saw it in it’s new format (Meat Market), under the harsh market lights, to be honest, I was unprepared for it’s speed and a little put off with its oozing juices. Maybe I just was too sober. or maybe it was the lack of their ‘special’ sauce – or maybe I’m burger-jaded? But still, I’ve got a feeling I’ll be coming back for more.

Written and all illustrations by Missie and Friends contributor Cat Neligan in Our Local Eats.

{Thanks Cat for sharing your most recent eat with us. Fantastic food illustrations too – we’re craving for burgers!! }

posted under: Food and Drink, London