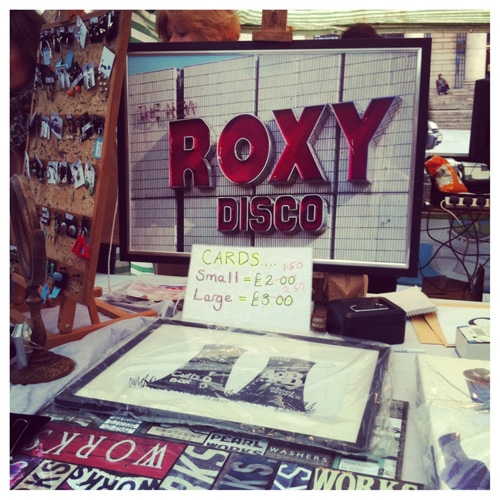 Hello Roxy. Amazing prints of Sheffield landmarks from a stall at the market. 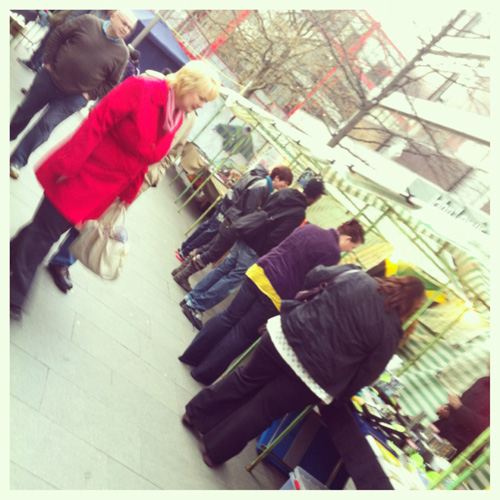 SHEFFIELD staged its first city centre night market tonight and it was a sweet one too.

Over 20 stalls were located in Barkers Pool today from 3pm to 10pm at the event known as The Sheffield Night Market (#sheffieldnightmarket). It was the first of a series of monthly events. After a long day in the studio I headed off to the markets, there had been a lot of hype about the event on twitter so I was keen to find out what these Night Markets were going to be about. I’ve been to popular Night Markets in Hong Kong and China before so it was going to be interesting to see how these were going to turn out. It was 6.30pm when I got there – so it wasn’t exactly ‘night time’ but it was refreshing to see hustle and bustle in the city centre after 6pm. There was a nice vibe when I arrived.

Promoting and selling products from local businesses can only be a good thing. The market showcased a good variety of Sheffieldness ranging from arts and crafts – there was a talented pottery business demonstrating live pottery work in the making (can anyone let me know the name of the business?), work of local charities – such as Safe At last, Bluebell Wood Children’s Hospice, food and drink, fresh produce, music, jewellery and fashion accessories stalls and more. Even Whirlow Hall Farm made an appearance which surprised me. 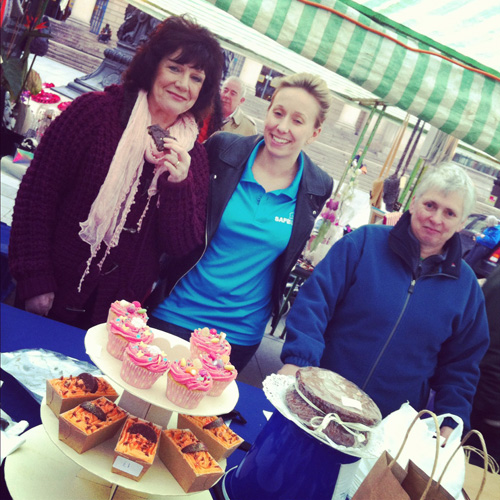 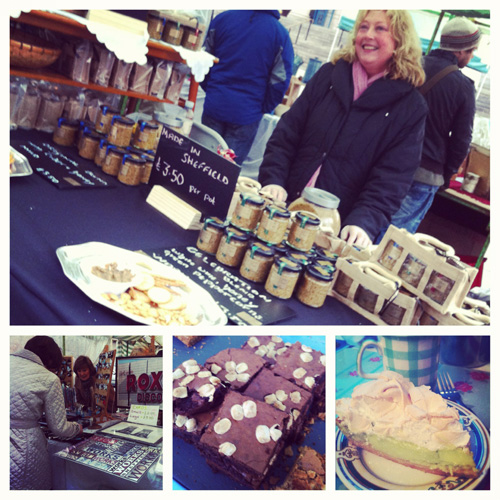 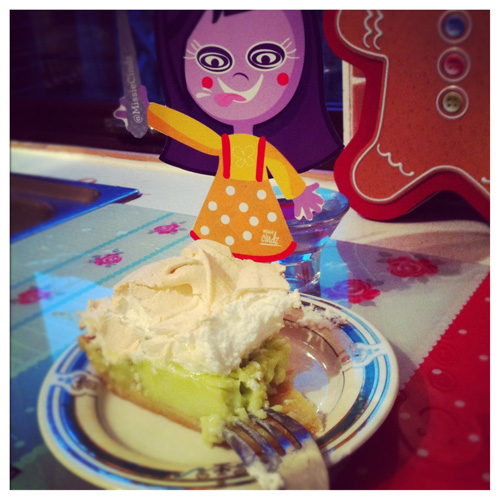 It was fantastic seeing Sheffield businesses and organisations being promoted IN Sheffield. I’ve always been a supporter of our city’s goodness and to showcase them to Sheffield people who are unaware of their existence is important – it brings confidence, a sense of positive community and also means jobs put back ‘at home’. It matters a lot.

I filled up on cookies made from Choco House – all of their chocolate chip cookies looked great. I’d never heard of these guys before this evening and I was spoilt for choice. The volunteers from Safe At last selling scrumptious cakes were all lovely too – raise money for charity and eat cake? – it sounded good (see photo above – see how happy they are?) – and great flap jack too. I also found some new interesting products made in Sheffield – mustard! I stumbled across a company who made hot stuff mustard with ale, honey & wasabi – I’m regretting not buying a jar now. If anyone knows the name of this company, please let me know, otherwise I’ll try to find them next month.

I also bought an interesting slice of interesting key lime pie @hashbrownies1, I’d never seen key lime dessert made in the UK and when I went to Vegas last month and sampled Key Lime Cheesecake from The Cheesecake Factory – I’ve fallen in love with all things limey ever since! Let’s hope this is a permanent resident on #Brownies cakes menu – limes are awesome! I said hi to @tampercoffee and @CoffeeBerry1 – it’s great to put faces to the people who produce our food & drink and to all the tweets I read.

Sadly the cold started to kick in (luckily no rain). But I think the event could be signposted a lot better in the prime location, Barkers Pool – and maybe a bit more publicity help too? if it wasn’t for @hashbrownies1 and @Safe@Last tweets about the event I wouldn’t had known about the market. The stalls could’ve been arranged better in Barkers Pool so that the public could access and see the stalls better. There was a lot of space available – some stalls were huddled up close together whilst there were others who seemed to be separate? (I didn’t understand this?). Overall these events could be fun and the products available to buy were not that expensive, just don’t compare too closely! There were lots of food samples available for tasting. The event served it’s purpose I guess. 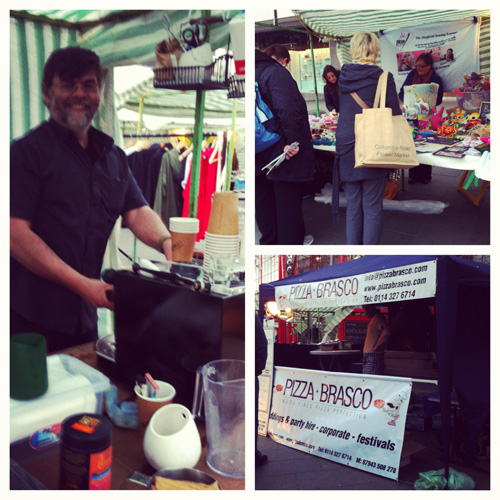 It was great to put faces to the people who produce our food and drink.

Finally, so our council hopes that the new attraction will generate extra ‘footfall’ at a time when we’ve lost green grocers, cafes and all the little shops you would look for in your city? well, let’s hope so. Roll on next month!