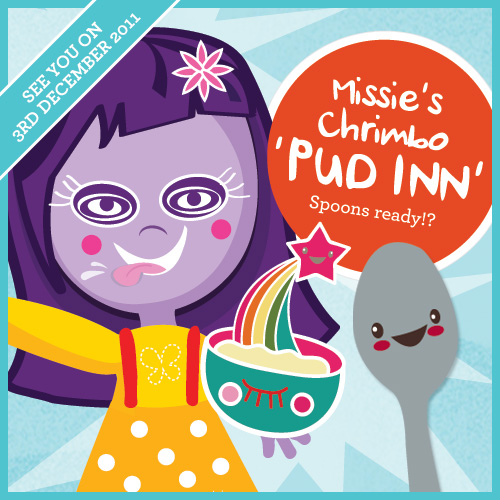 Missie Cindz seasonal pudding events have decided to have a mini sweet makeover this week. I will now be calling and making references to my Sheffield pudLicious events as Missie Cindz ‘Pud Inn’ – twitter hash tag conversation #MissiesPudInn after receiving an email from a pudding related company saying I was not allowed to use the word ‘pudding’ and ‘club’ in the same sentence. Finding out I wasn’t allowed to use the two words in the same sentence, I was informed the words had been trademarked, was a real shock. I did get a little upset but I’ve taken their comments on board and thus the name change.

I actually really like the Pud Inn name anyway as fits in with old idea of pubs (it has a good ol’ fashion ring to the name :) – and I’m glad the name has the Rutland Arms seal of approval too! The Rutland is the ideal location for my Missie Cindz pudding events because instead of the usual venues you’d likely find food events held in, such as a hotel, someone’s house or coffee shop, I thought, how quirky would it be to support my local independent Sheffield pub with puddings and cider on the menu? (well, mulled wine as it’s almost Christmas).

What are Missie’s Pud Inn events?
For those who aren’t too sure what Missie’s (Cindy’s) Pud Inns are. A Missie’s Pud Inn serves up a five-course pudding set menu, with a different theme for each event. Next Saturday’s theme will be ‘Christmas’. Pud Inn events are seasonal (4 times a year) and I curate these food gatherings to bring back the wholesome ‘Pudding/dessert’ – I liked the idea of a pudding event because their socially fun, you get to chat to people over mouthfuls of sweet goodness – plus, I enjoy all things sweetly made in Sheffield. I am really looking forward to seeing familiar faces as well as meeting new people with a sweeter tooth than me! 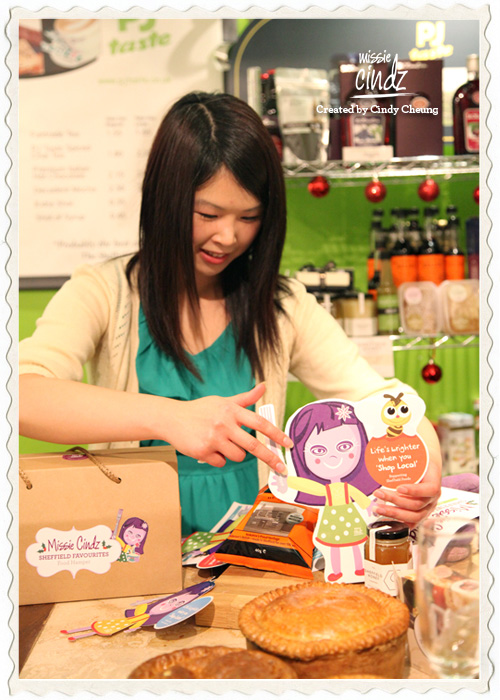 Cindy with the Missie Cindz posing comfortably alongside her Sheffield hampers

During next week’s Pud Inn, I’m also going to be unveiling my Missie Cindz Sheffield Favourites food hampers – a box crammed with a selection of Sheffield’s food classics to make someone’s Christmas extra special. Products made and packed in Sheffield. I will go through a short presentation on how the idea for the food hampers came up and why they are important to me. There will be an opportunity to purchase my hampers or make reservations at Pud Inn.

For those without tickets to attend next weeks event, the Missie C’s food hampers can be purchased now from all PJ taste stockists, who are also able to deliver to an address of your choice (a small P&P fee will incur) – you can download the order form here, fill it in and hand in the form to PJ taste as soon as you can or alternatively give them a call on: 0114 2755 971.

Pud Inn’s going to be great Saturday afternoon (3 -6 pm – don’t forget to follow our tweets: #MissiesPudInn). Sugar levels are going to be spiked, I can just tell! – Cindy/Missie